Violence may kill your campaign

Many organizations and advertisers are using violence in advertising today. A lot of ads are showing fearful scenarios and provocative images but is it really the best way to stand out with the message? New insights can be found using EEG testing. Interesting research shed new light on how to tackle the problem known as perceptual defense.

Social ad-campaigns are often a great example of overstating emotional appeal in advertising. They are also getting more extreme as social and environmental issues are growing. Many organizations are searching the right keys to really unlock our minds and make us take action. Each idea is more provocative than the other with the purpose of really touch our hearts and affect us emotionally. This is why we’re often exposed to extreme scenarios in today’s advertising involving a lot of violence, blood and anxiety. But the question is whether “the-more-the-better” mentality is really effective to evoke desired response and behavior?

In order to get the message trough today, one of the barriers that needs to be overcome lies within the field social psychology and the uncharted area of perceptual defense. The theory of perceptual defense states that when information is presented in an emotionally excessive and overwhelming way, we sometimes block our brains to avoid stimuli. This harms our perception of the message and harms the desired response. This is also an explanation for the risk of using extreme fear or anxiety in advertising.

Now that many organizations are seeking to affect us emotionally by adding more violence to the ads, it’s not hard to wonder if the ads are getting too extreme. This also raises the question of how the ads should be designed in order to be most effective? Can EEG testing and Eye tracking be useful in this area?

Recently a study in EEG and ET testing on outdoor advertisements was carried out by a polish research company and presented on page 20 in the July issue of the journal of Neuromarketing theory and Practice. The article is based on material from research specialist Hanna Dropko. The purpose of the experiment was to understand to what extent of intensity in negative emotions that would create most engagement and motivation. The research was made on an outdoor campaign against domestic violence. Three billboards were shown to 44 participants reflecting the target group of the campaign. The pictures were depicting the same image. A violated child but with different signs of abuse accompanied by the slogan stop the violence, as seen below.

Evidence in advertising research often suggests that emotional messages are remembered better than non-emotional. Accordingly, the hypothesis of the research was that the most intense picture would lead to a better response and have a greater effect.

In the study the electroencephalograph (EEG) were used in order to define the level of intensity and charter emotional reactions towards the ads. By measuring brain activity in different parts of the brain they could interpret the activity as different signs of motivation. The EEG technique was also combined with the eye tracking technique (ET)  in order to link the emotional reactions to specific parts of the ads. By doing so it was possible to locate the areas of attention: the slogan, the model or irrelevant elements.

The result of the experiment was contradictory with the hypothesis. When confronted with the most brutal image, respondents only followed the ad by sight and emotional reactions remained indifferent. In the brutal image the attention was drawn towards the bleeding nose and the copy line was often overlooked.

The conclusion was clear in this case. Less is more and the insights from using neuromarketing-techniques made it possible to analyse the effectiveness of the ads. Accordingly, it could be said that too much violence may harm your campaign and using less violence may increase our ability to understand and interact with the advertising message. The study also confirms that EEG and Eye tracking may be useful tools in optimizing advertising campaigns.

With these findings in mind it’s also interesting to look at some popular social advertising campaigns recently. Many campaigns are provocative and often even more brutal than the images in this study. Using less violence might reduce the risk of any perceptual defense in the ads below. By using EEG and ET testing we would probably see ads that create more positive motivation and in the long run have a real impact on attitudes and behaviors.

So what do you think? Are the ads below too violent to get our attention? 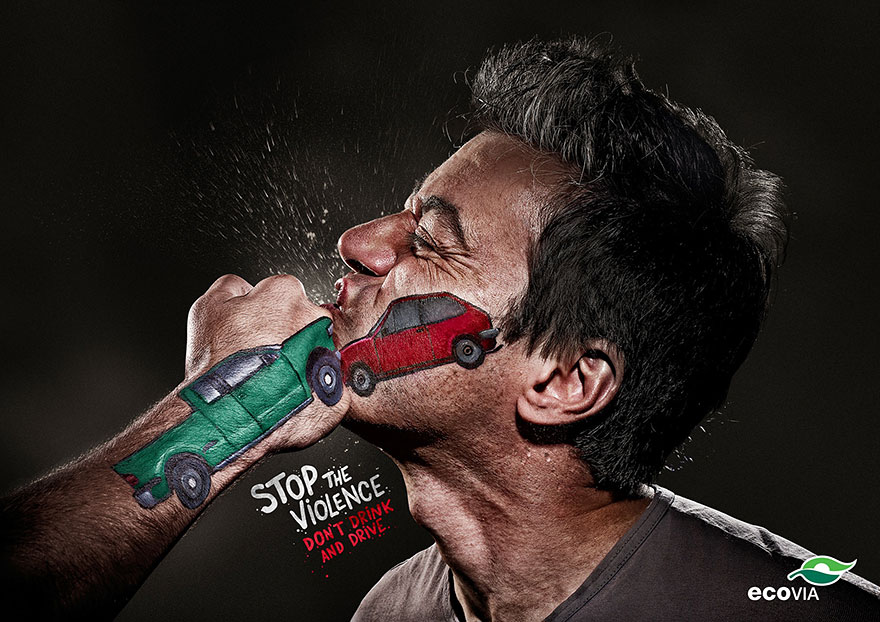 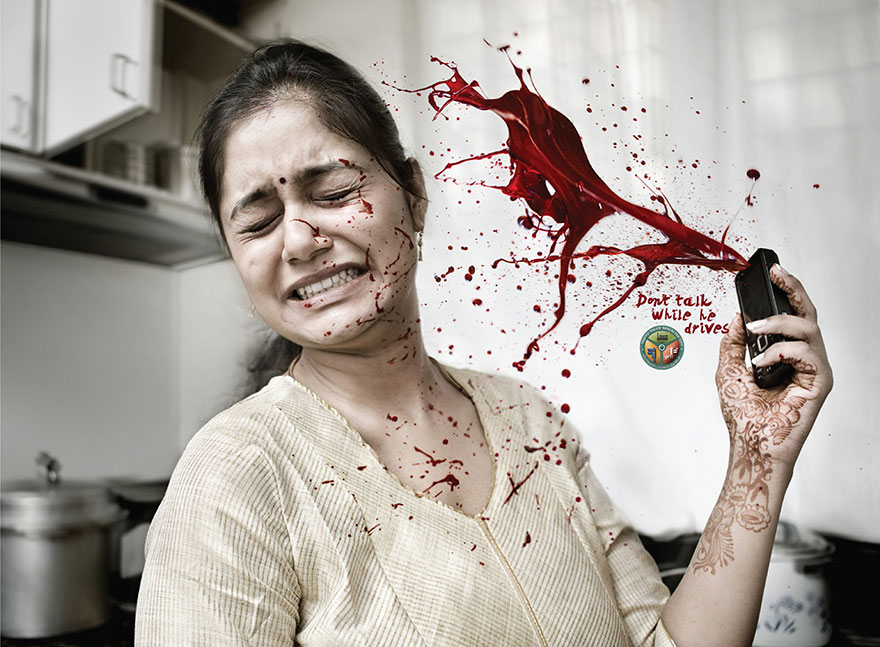 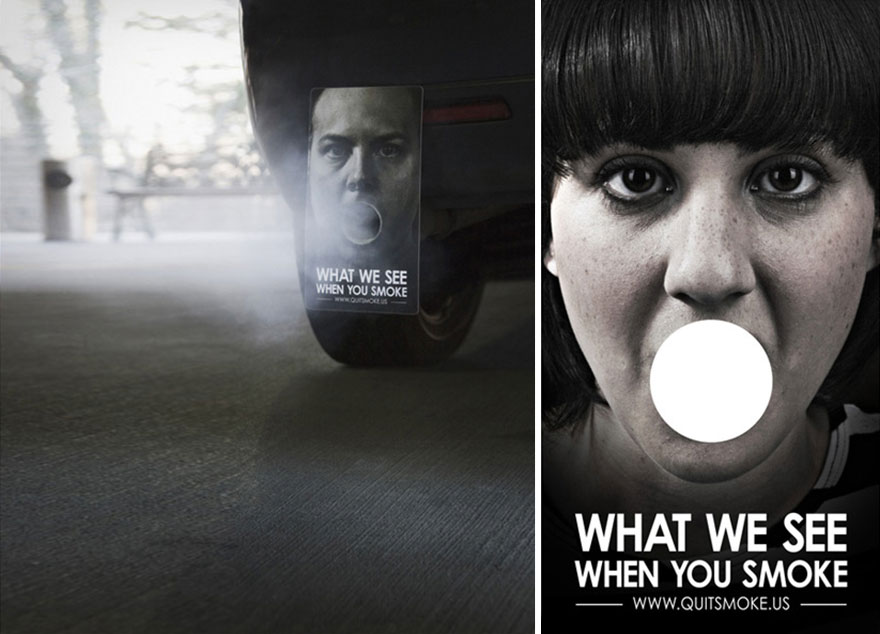 What we see when you smoke / Advertising Agency: JWT, Atlanta, USA 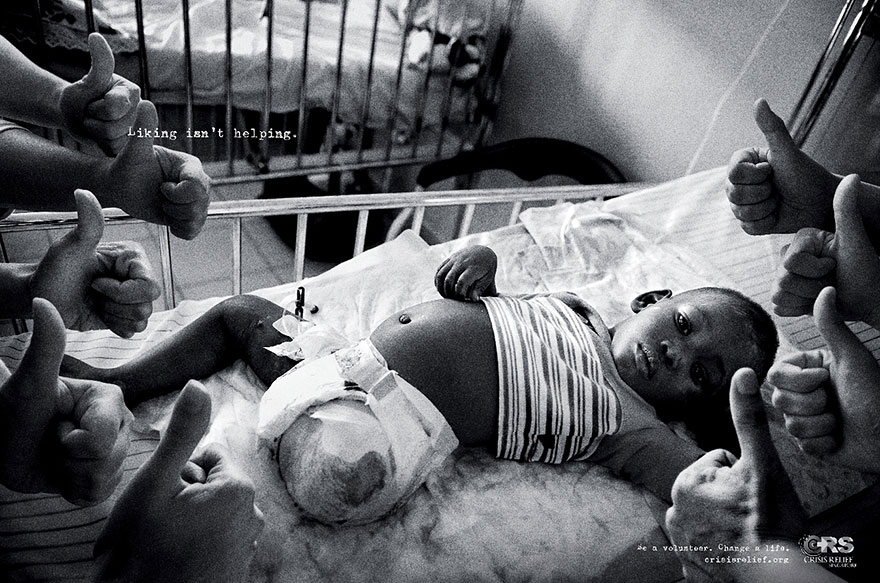 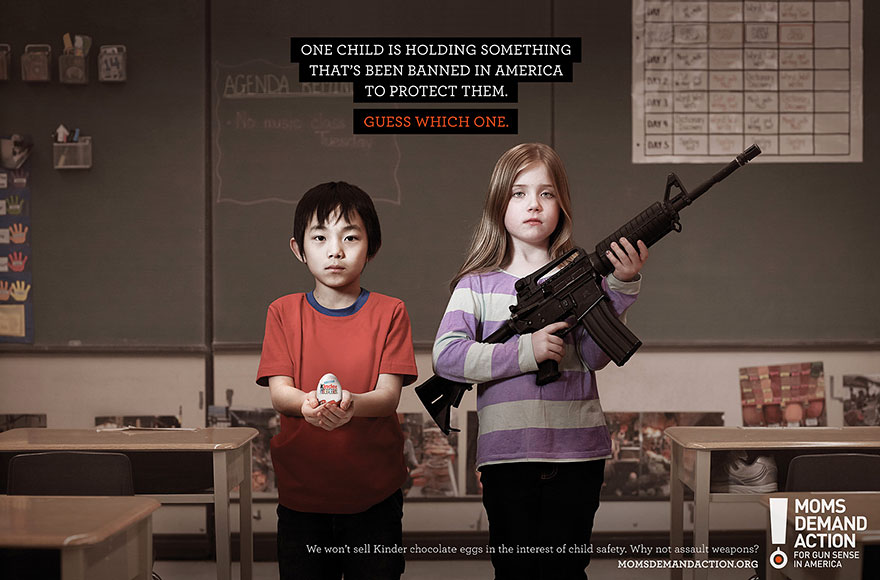 One child is holding something that’s been banned in America to protect them. Guess which one? /Advertising Agency: Grey, Toronto, Canada